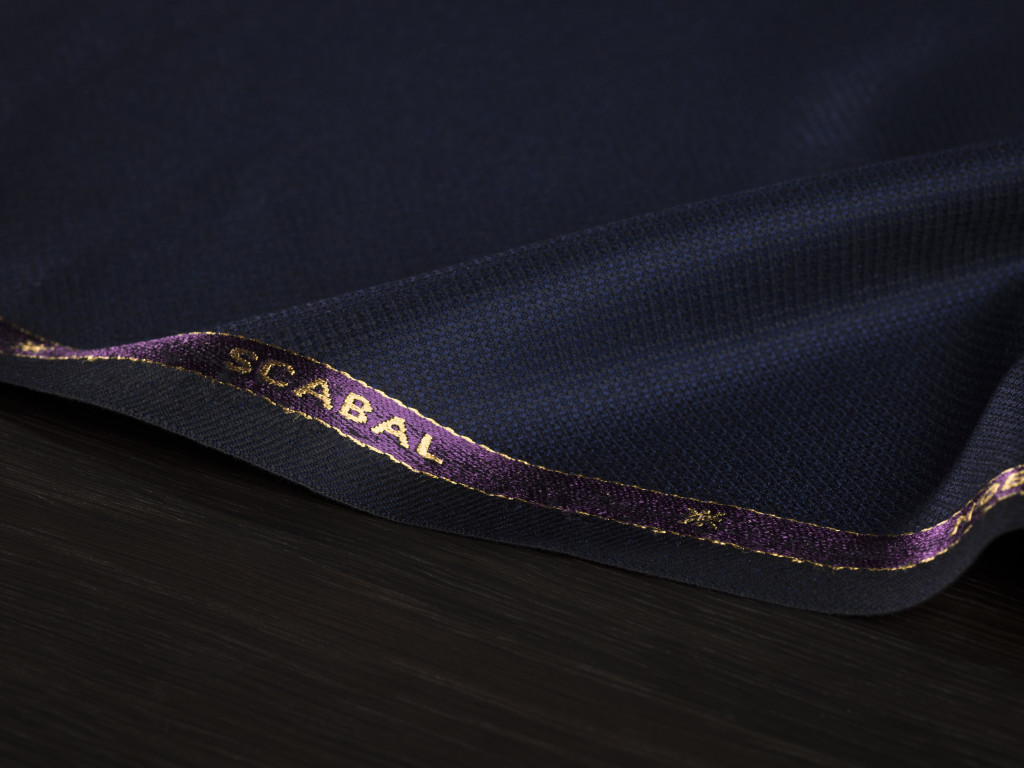 A perfectly cut blazer is more than simply a jacket. It stands testament to not only the wearer’s distinctive personality and style, but also to the craftsmanship and dedication lavished upon it by the loving hands of the tailor, with each stitch a brush-stroke of a sartorial masterpiece.

Just as every artist needs his canvas, every tailor needs his cloth and Scabal’s new Special Edition Noble Jacket collection provides ample inspiration. Hand-crafted at our heritage mill located in Yorkshire, England, it has been woven from wool sourced exclusively through the Scabal Noble Wool Club initiative. These responsibly grown fibres represent the ultimate in modern luxury, with an exquisite ultra-soft feel, supremely attractive drape and comfortably warming weight of 320g.

Noble Jacket unique 100% Super 200’s composition represents the most elite fibres on the planet. This collection contains some of the finest cloths woven in Scabal’s considerable and acclaimed history, with a quality, design and finish that cannot be matched. This magnificent collection is offered in a palette of rich colours and each has been painstakingly woven in a refined hopsack-based ground weave, which uses an eye-catching triangular motif for a pleasingly textured handle and elegant finish. For the cosmopolitan gentleman, a selection of highly fashionable modern colours as cornflower blue and light turquoise can be used to craft a sophisticated statement piece, while royal purple and honey are also available for a cultured contrasted look.

Tradition and heritage have not been neglected, with Egyptian blue, dark navy and black all present for those who prefer an understated approach to luxury tailoring. 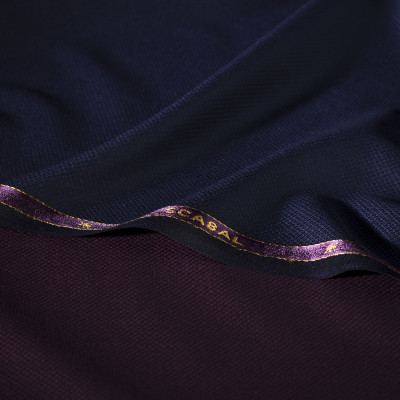 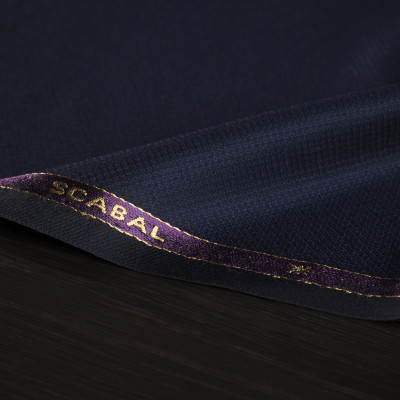 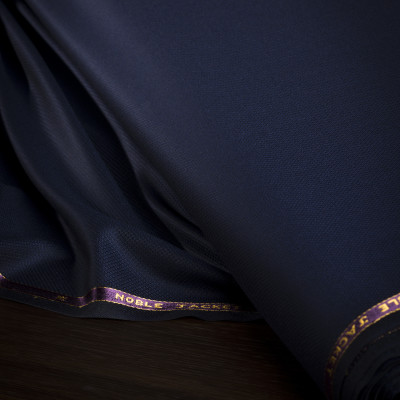 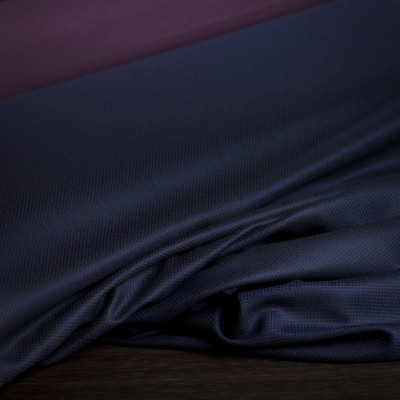 The mark of a master tailor is to create something greater than the sum of its parts. Scabal strives to create the very best cloths to help tailors with that task.

Take the new Noble Star as an example: it’s a fabric of precision – a rarefied balance of touch, softness, richness and strength.

The class and character of Noble Star comes from its construction: very fine yarn is twisted together, and then twined again to form a heavier yarn.

The result is a perfectly poised look, with a dose of decidedly British elegance. For more statement pieces, the collection comes in a range of three fancy striped shades, two herringbone and two pick-and-pick semi-plains. The classic grey, blue and black allow for a more understated finish.

The Noble Star Collection from SCABAL on Vimeo.

Scabal’s new Noble Fleece Special edition cloth collection is the world’s first attempt at creating an ecologically and ethically sustainable superfine suiting.
Scabal has worked hand-in-hand with traditional Australian woolgrowers through the Scabal Noble Wool Club
initiative, to ensure that the Super 200’s wool fibres have been responsibly produced to the highest quality.

Executive Chairman Gregor Thissen first conceived the idea for the Scabal Noble Wool Club in 2013, when visiting a traditional Australian merino farm and seeing how hard life was becoming for family-owned wool producers.

As a second-generation cloth merchant who worked alongside his father Johannes Peter for many years, Mr Thissen decided that Scabal should once again lead the industry in defining superfine cloth.

Scabal was the first company to break the Super 100’s barrier, and introduced the Yorkshire Super system to the world in order to explain the significance of this achievement. It was also the first cloth producer to debut Super 150’s, 180’s and 200’s collections.

In order to push the perception of the perfect Super beyond a number only, the Scabal Noble Wool Club takes a more holistic approach to the sheep’s environment and final fibre.

Firstly the farms must be family-owned and raising puree-bred Saxon merino sheep on granite soil. This sheep is what founded the Australian wool industry, and has declined in numbers due to its smaller fleece, despite the higher quality of its fibres.

Secondly there are discerning criteria covering the quality of the fibre’s strength and crimp. Both of these attributes govern how well the fibres respond to being spun, and impact the final cloth tremendously.

By ensuring these are of the highest possible calibre, we can create a cloth that is durable enough for a suiting, while retaining an exquisite handle and aesthetic. 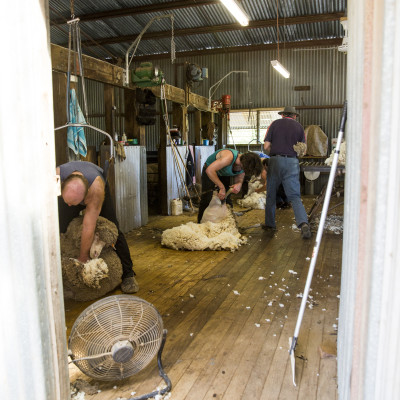 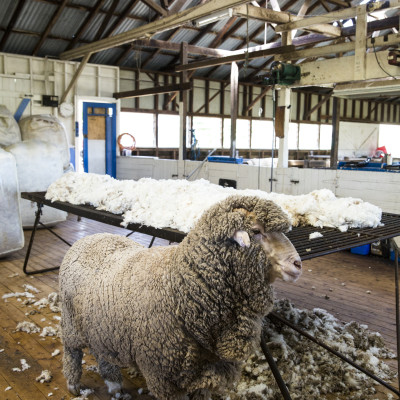 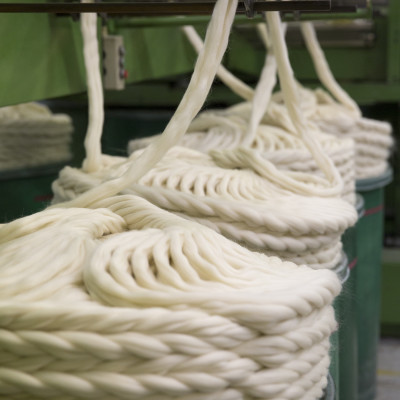 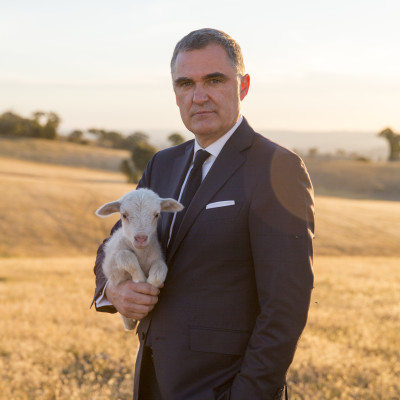 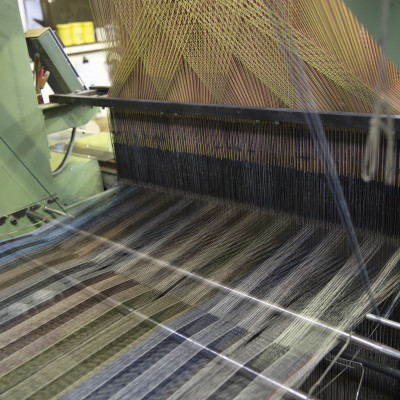 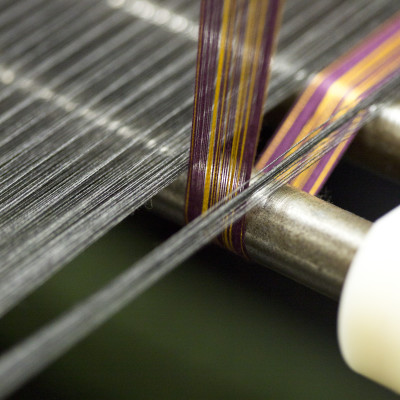 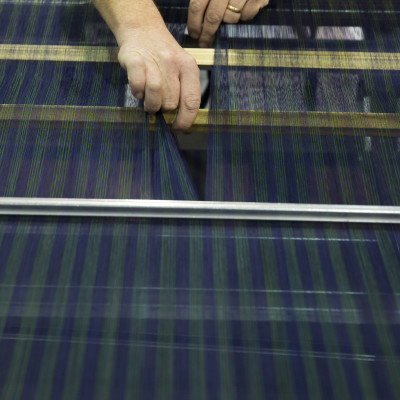 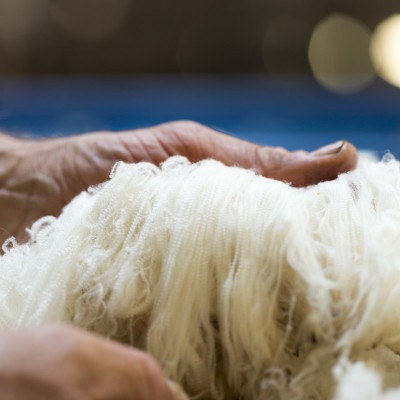 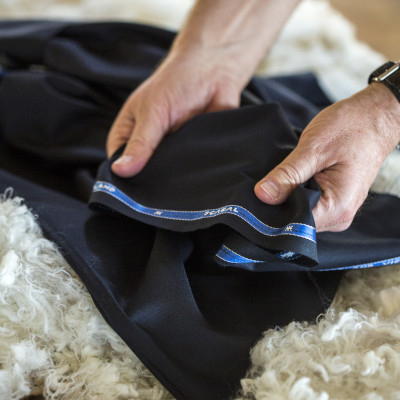 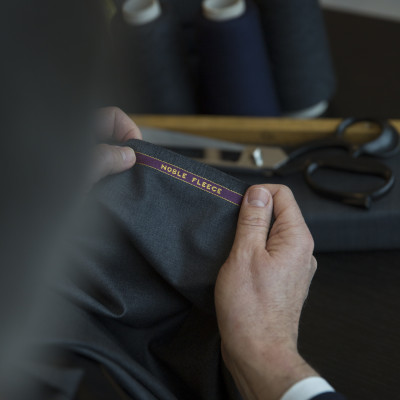 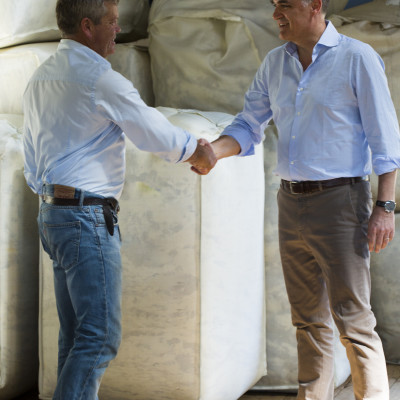 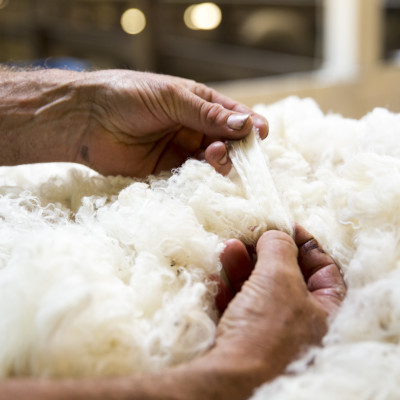 This initiative aims to create the world’s first responsibly crafted superfine merino wool, and the results are evident in this lightweight and workable Super 200’s suiting collection.

Noble Phantom is special even amongst Scabal’s famous Special Editions. It consists of 25 dignified designs, woven to an astonishing 200g in the style of traditional tropical fabrics. This makes it an ideal cloth for summer, and much lighter than the season’s average of 220-240g.

It is also this weight, with the accompanying ethereal handle, that led to the cloth being named after the phantom, a floating spectre in British folklore. The weight has the added advantage of increasing the workability of the cloth, and gives an elegant drape that highlights the subtle contours of tailored garments.

The extraordinarily success was made possible due to the discerning criteria set down for membership to the Scabal Noble Wool Club. By working hand-in-hand with traditional, family owned Australian woolgrowers, the company has been able to guarantee the quality of its raw materials.

Scabal only admit farms that shepherd pure-bred Saxon merino sheep, raised in the optimum environment, in this case on granite soils that have exceptional grazing.

This breed is the same one that established Australia as the worlds premiere wool producer and it has, despite the high quality of its wool, been declining in recent years due to a low yield. Scabal hopes to return this animal to its rightful place atop the world of wool.

The fibres from this animal are known for its high resilience to the rigours of weaving, and this is one of the main attributes that made Noble Phantom possible.

Saxon merino wool also has a good level of ‘crimp’, which are tiny bends in the fibre that govern the ability of the cloth to spring back into place after wearing. It is this that gives the cloth its soft handle and drape.

Though Noble Phantom is a Super 200’s, the Noble Wool Club seeks to create wool that moves beyond the ‘Super number’; using only the highest quality fibres from a responsible source, and which preserve traditional wool growing. 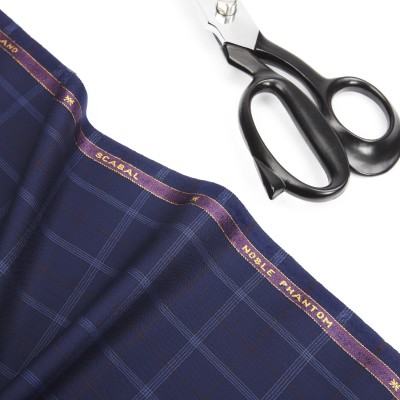